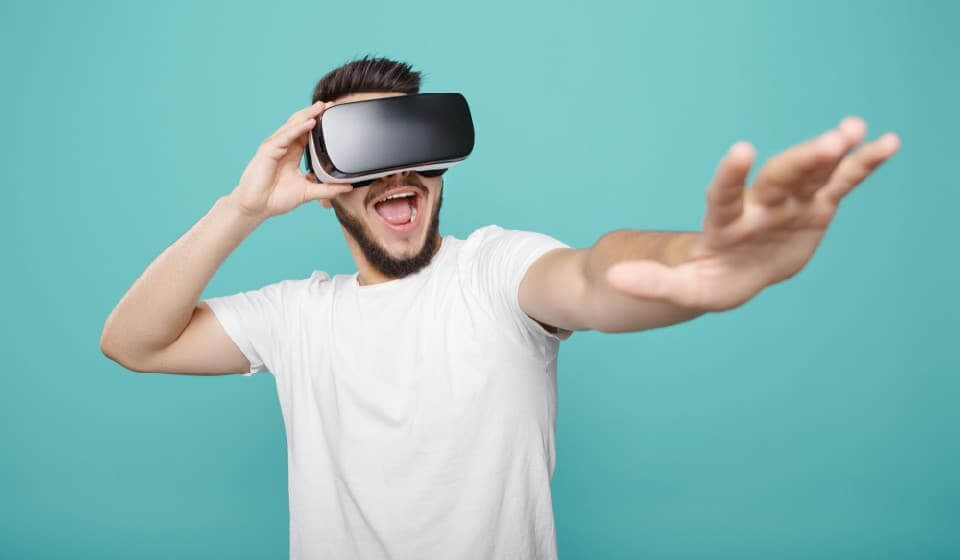 If you’re looking for the best VR game to play in 2021 it’s available for free.
I usually write a review about android games, but these games are worth my good review overall. Excellent graphics, Sound effects are wonderful you can access gameplay at 360°, good controller support, I have come across the best VR games for android.

If you’re looking for the VR game to play, I would recommend the Best VR games for android in 2021.

Some of Best VR Games for Android are listed below.

Let us take a ride.

Dino shooter is one of the Best VR games for android. This game has 5 different theme of a mysterious island full of Dinosaurs and other prehistoric creatures. We need to Get 5 different guns that will help to save our life.

This game Requires Gyroscope. This game is Compatible with VR and any other VR headset with built-in control. this application is Also compatible with Bluetooth devices, keypads and VR controllers.

To play the game the button on the top corner of VR box can be used. Constantly had to touch the screen to operate it properly. Not cool, It should have timed buttons so when you hover over them in 3 seconds it clicks the button. That way you don’t have to take it out of your VR goggles.

The fact that we have to cope with random character and the head movement which throws off our aim is pretty tough. The rest is all good. I would recommend this if you like shooters. It’s an amazing shooter game, especially as a Best VR games for android.

Awesome game for VR, graphics are not that much good as expected.

About this game fast pace action FPS shooting game which have VR and non VR compatible modes with and without controllers. It is an Other VR box game series. A shooting game war designed with combat missions for professional gamers.

In this First Person Commando shooting games survive and fight as last hope. Enjoy Best VR games for android by connecting a video game controller to your Android device via Bluetooth. We can also play this game without a controller in two compatible modes VR and Non VR

In the overall excellent game for low budget VR players or the experience perhaps its really good work by the developer gyroscope works properly AAA double thumbs up for this game as Best VR games for android.

VR Haunted House is famous for the paranormal activities which takes place in. Mystical events occur in The abandoned house and the hero needs courage to enter here. Players have to protect the house from restless guests and unusual monsters. A hard mission is awaiting for you to complete.

You can play the Best VR Games for Android with VR Cardboard or in Normal mode. The application is totally free .

Best and perfect app for superb VR experience. Please buy a mobile VR game player to get the full experience in Best VR Games for Android. But even you don’t have a game player you can play this Starts by just being extremely creepy. Then suddenly becomes a simple 1st person shooter.

This is an actual Best VR Games for Android done right! Only issue I’m having is a red dot keeps appearing in the middle of the screen, It’s awesome! No paying, and also VERY SCARY. If you like being scared, and grossed out, then get this Best VR games for android.

VR Maze puzzle makes you Explore and find a way out of more than 50 different VR maze. We will Enjoy unlimited fun with a procedural generated level. The game gets hard after the initial levels. Every time you play, you will have a unique 3D VR maze that has not been created before and it changes frequently based on the levels.

We Need to look the text to activate the screen to start the game play. to collect gens nice implementation present on the way to the exit. The labyrinth is a bit dizzying when trying to travel quickly through each level. Good game to be honest the point of view make me wanna puke I think if it first person on the ball perspective this game would be awesome.

It’s harder than it looks, I’ll tell you that. In my suggestion this game makes me stoned and much more trippy. You literally play as a colorful meat ball. And it hurts our neck when we play in a single position nor a place, and gets you all dizzy when you play it standing up. It’s a good game for me! It’s exactly how a VR experience should be.

Waterfall Hunting Virtual Reality, one of the photorealistic VR game i have come across. This VR experience is based on the concept of natural reality of environmental.

The objective of the game is to shoot as many deers as possible in 120 seconds. So take your weapon, and get ready for your first ever journey to the photorealistic VR world as Best VR Games for Android.

Nice use of 360 video. Runs smooth, but NOT a stereoscopic VR experience (it’s just a 2D video). Deer are too lame and spawn in the same two directions in the same place. I Love the video background Think the idea of hunting should be scrapped and that changes in video photospheres have to be worked on so we have been able to move to each location etc. loves the video effect you have on this.

This is a completely new format of VR Never before seen a similar solution, this is a new level of VR simulation. Amazing work here. Great gamification, high-end graphics I would suggest you play this game at least once and this is the Best VR games for android.

Join the future gameplay in the VR evolution and download this tricky VR rollercoaster that takes you through temples, caves, and even underwater to see aquatic mammals and fishes. Be cautious where you look, you wouldn’t want to provoke a shark attack!

This roller coaster simulation makes you experience an amazing virtual reality experience. This simulator runs on devices without a gyroscope, but using a gyroscope may give you a wonderful experience. Furthermore, without VR goggles you can experience the ride using uncomplicated touch controls. Currently, no controller support is being used.

I love to play this roller coaster game because its graphics and gameplay are really excellent. But in this game have only three places temple, underwater, and under the mountain. Some more places may be added in the future I guess.
It’s fun and challenging. Must sit in a living room sofa chair to have full control. It’s fun watching our friends play.

House of Terror: Valerie’s Revenge is a Best VR games for android in which you will have to search through spooky environments full of entrapping and monsters. Try to Solve and search for clues after each puzzle does not get caught.

The control for this game to play:

Wells I think it’s good for a bit of horror though it’s a bit large in some spots, but besides that, I had no problems with the game I’m at the graveyard spot as it’s right after the reporting room & I can’t figure the tomb puzzle. You can’t attack enemies. But otherwise, it’s perfect.

It was a little spooky because of the giant spider and it was a demo that was not in the title. It always asks a question in most South popping up on the screen. Still need some changes to be done. This was a lot of fun. It’s a bit buggy though. I believe I reached the end? It’s kind of hard to tell.

IT’S THE AMAZING GAME EVER BUT IT’S TO SPOOKY FOR ME.

As far as the Best VR games for android that I come across in this article is based on my personal review. I would suggest you to play or try at least to enjoy the experience of the virtual reality gaming world. Some of the games might require a controller and some do not, anyhow playing with a good sound system or headset may give you such a wonderful experience and makes you believe that you are in a virtual world for real.

This is our first game review article and we do also have a plan to post multiple articles based on your interest in our softrick. so I request you to leave a comment below on the topic you want me to write an article about.